Love, Loss, and What I Wore 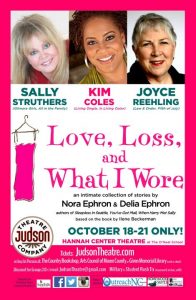 A hilarious contemporary comedy from the authors of SLEEPLESS IN SEATTLE, WHEN HARRY MET SALLY, YOU’VE GOT MAIL, and JULIE AND JULIA. Proving that a great show is always in fashion, Love, Loss, and What I Wore has become an international hit.  With its compulsively entertaining subject matter, this intimate collection of stories by Nora and Delia Ephron celebrated an accomplished two-and-a-half year run at New York’s Westside Theatre.  Love, Loss, and What I Wore is based on the best-seller by Ilene Beckerman as well as the recollections of Nora & Delia Ephron’s friends.  The show uses clothing and accessories and the memories they trigger to tell funny and often poignant stories that all women can relate to, creating one of the most universal and enduring theatergoing experiences in recent memory. 6 performances at the Hannah Center Theatre at The O’Neal School. 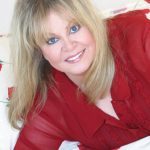 SALLY STRUTHERS is a two-time Emmy Award and Golden Globe Award winner for her performance in the groundbreaking TV series All in the Family. She starred in the Fox television series 9 to 5 and her own CBS series Gloria. She also recurred on the CBS comedy Still Standing and the CW network’s highly acclaimed Gilmore Girls. She joined the Gilmore cast for Netflix’s four movie limited revival, which premiered in the fall of 2016. She recently guest starred in the acclaimed IFC comedy series Maron. Ms. Struthers’ television movies include: A Gun in the House, And Your Name is Jonah, The Great Houdinis, Hey… I’m Alive, In The Best Interest of the Children, Deadly Silence, My Husband is Missing, and Intimate Strangers. Sally co-starred in two legendary motion pictures in the 70’s: Five Easy Pieces with Jack Nicholson and The Getaway with Steve McQueen and Ali McGraw. Sally’s first two Broadway forays were in Wally’s Café with Rita Moreno and Jimmy Coco and Neil Simon’s female version of the Odd Couple with Brenda Vaccaro. For three years she starred as “Miss Mamie Lynch” on Broadway and on tour in the Tommy Tune production of Grease. In the 20th Anniversary National Tour of Annie, Sally played the coveted role of “Miss Hannigan”. Sally was named Best Actress by the Los Angeles Artistic Director Theatre Awards for her role as “Louise Seger” in the musical, Always, Patsy Cline, a true story based on the relationship between Seger and Cline. She won the Ovation Award as Best Featured Actress in a Musical for her performance as “Agnes Gooch” in the Los Angeles production of Mame, and won a second Ovation Award for Cinderella. She also won a plaque for “Best Actress” in her 7th Grade Class Play.Additional starring theatre roles include regional productions of Hello, Dolly!, Anything Goes, The Fifth of July,Cat On a Hot Tin Roof, The Full Monty, Fiddler on the Roof, Chicago, All Shook Up, Drowsy Chaperone, Best Little Whorehouse in Texas, 9 TO 5, Legally Blonde,Thoroughly Modern Millie, Witches of Eastwick, Nice Work if You Can Get It and Grumpy Old Men: The Musical. For thirty years, Sally Struthers worked to help hungry children  living in poverty. She visited these children in many developing countries, and filmed numerous public service announcements and documentaries on their behalf. 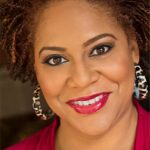 KIM COLES is perhaps best known for her ﬁve-season turn as the unforgettable “Synclaire” on FOX’s ground-breaking comedy series, Living Single, Kim Coles has starred on numerous hit television programs including Frasier, Six Feet Under, In Living Color, One on One, and the uproarious TBS comedy series 10 Items Or Less as the villainous “Mercy P. Jones”. She was the co-host of the nationally syndicated daytime talk show, In the Loop with I Village and has been a guest co-host for various shows, including The View and Good Day Live.

Kim Coles is also known to reality audiences for having appeared on The Mole, VH1’s Celebrity Fit Club and Coming to the Stage, BET’s search for “the next superstar of funny.” Kim recently became the ﬁrst female primetime game show host in history headlining BET’s inspirational game show Pay It O!

In her latest venture, Kim Coles is combining comedy and inspiration to empower others with her unique program called Open the G.I.F.T.S. Through speaking engagements, live events, workshops and products, the program inspires others to discover their own true “gifts” so that they may share them with the world. Kim Coles currently resides in Los Angeles where she spreads love, laughter and inspiration. 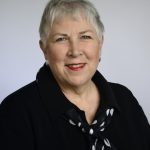 JOYCE REEHLING spent over 30 years in New York working in theatre, television, and film. She appeared in the original casts of Fifth of July and Prelude to a Kiss on Broadway, and off-Broadway in such notable plays as The Miss Firecracker Contest, Reckless, The Hot L Baltimore, Extremities, and The Runner Stumbles. As a member of the prestigious Circle Repertory Company, she originated many roles for playwrights Lanford Wilson, Milan Stitt, David Mamet and others. Joyce worked with Bill Hurt, Christopher Reeve, Richard Thomas, Debra Monk, Swoosie Kurtz, Jeff Daniels, and Cynthia Nixon to name a few. Joyce did many commercials for TV and Radio; she was the first Dr. Mom and was the voice of IKEA on radio. Film credits include Longtime Companion,  Lorenzo’s Oil and Roommates. TV shows such as Law & Order, Ed, Kate and Allie, NYPD Blue, The Equalizer, Cosby and numerous daytime dramas were a part of her career. She is a proud member of Actors Equity and SAG-AFTRA. She and her husband now reside in Pinehurst and she writes for The Pilot. 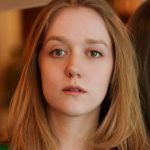 OLIVIA ROSE BARRESI is an actor and theatre artist originally from the Tri-State area. She most recently appeared as Rosalind in the Scranton Shakespeare Festival’s production of As You Like It, directed by Emma Rosa Went. Other favorite recent roles include Catherine Aubert in Three Seconds at the Barn Arts Collective (playwright Corbin Went), “Olivia” in The Same Shirt Show (Dixon Place NYC), and Henry V in 48-Hour Shakespeare’s production of Henry V (producer Matthew Minnicino). She is a member of The Renovationists, a New York City-based theatre collective. For friends, family, and Ardenites. BFA: Boston University; MA: LAMDA. oliviarosebarresi.com 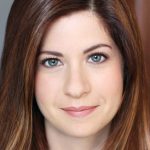 ASHLEY BROOKE is so glad to be a part of this special show. A native New Yorker, Ashley grew up watching Nora Ephron films religiously. Favorite past credits include Kate Monster/Lucy in “Avenue Q,” Masha in “The Seagull,” and Petra in “A Little Night Music.” She was also a part of the original cast of “The D* Word” musical (creators of Menopause The Musical), which premiered in Las Vegas and toured nationally. She can also be heard on the original cast album of “Geeks.” Proud graduate of the Circle in the Square Theatre School.